Call to our representative for more details

DAY 1:
At 700 a.m. (or morning) arrive at Bandaranaike International Airport, transfer to Kandy. Located 488 meters above sea level, which consists of the last strong hold of the Sri Lankan Monarchy and the home to the Sacred Tooth Relic, constructed on the place formerly known as Dunuvilla Wallauwa (ancestral home with a touch of Sri Lankan History). You are welcome to tour the city by visiting places such as the Dalada Maligawa, the greatest attraction of the city and other sites such as Vishnu devale, Nutha Devale, Puttvi Devale, Wel Bodhiya and other cultural/religious sites and also take a walk through the Udawattekela Sanctuary.
-Lunch at your own convenience a expense
-Dinner Et overnight stay at Mahaweli Reach Hotel, Kandy

DAY 2:
At 8a.m. After Breakfast leave for Kandy the focal point of the town is the golden-roofed `Dalada Maligawa', where the sacred tooth relic of the Buddha is enshrined. There are numerous shrines and temples in and around Kandy, where you will see rare paintings, frescoes, and stone carvings. shopping in Kandy, where you could fetch souvenirs in wood, copper, silver, brass, ebony, and bronze, ceramics, lacquer work, handlooms, batiks, jewellery and rush and reedware.
Visit Pinnawala Elephant Orphanage the home for young Elephants who have been displaced or lost from their natural habitat. This is the only such sanctuary in the world; you will watch the beasts gamboling in the water and being fed their quota of milk from handheld bottles.
-Lunch at your own convenience a expense
After lunch leave for Peradeniya Royal Botanical Gardens, the finest of its kind in Asia, the largest of the botanical gardens of Sri Lanka, couldn't be better located In the Mediterranean climate of Kandy, The gateway to the Central Highlands. the Garden is at an elevation of 500 meters above sea-level, were tightly bounded on three sides by a loop of River Mahaweli (Great sandy river), the largest river of Sri Lanka.
-Dinner Et overnight stay at Mahaweli Reach Hotel, Kandy

DAY 3:
At 8a.m. After Breakfast leave for Nuwaraeliya, enroute visit a tea plantation. This beautiful town is where the British succeeded in creating a replica of the English countryside, with homes in styles from Georgian to Queen Anne. Well-kept lawns with hedges, an Anglican church, a famous golf course and beautiful parks give the place an air of nostalgia.
-Lunch at your own convenience & expense
-Dinner Et overnight stay at The Grand Hotel, Nuwara Eliya
DAY 4:
At 8a.m. After Breakfast depart to Colombo is the commercial capital of Sri Lanka with a population of 1, 1 million. The Fort, in the very centre of the city, is where most of the colonial remnants mainly from the British era are to be found. Nearby Pettah is Colombo's busiest and most traditional bazaar, mosaic of human activities and architectural memories.
-Lunch at your own convenience Et expense -Dinner Et overnight stay at Grand Oriental Hotel, Colombo

DAY 5:
At 8a.m. After Breakfast depart to Colombo. You are welcome to do a city tour visiting places such as Colombo National Museum Colombo is the largest city in Sri Lanka. It is also the financial and commercial capital, and almost all the economic activity is centered around the city. Places ui inierest include a centaury - old clock Lower, British colonial buildings, the old parliament in fort, and Buddhist and Hindu Temples.
-Lunch at your own convenience Et expense
-Dinner Et overnight stay at Grand Oriental Hotel, Colombo

DAY 6:
After experiencing an exotic holiday in this paradise isle, transfer to Bandaranaike International Airport for the Departure.

Sri Lanka a tiny island nation south of India in the Indian Ocean, is a rugged land of rainforest, diverse wildlife and endless beaches.
NEGOMBO  OVERVIEW :
Welcome to Negombo, one of Sri Lanka most iconic travel destinations and home to an amazing array of sights, activities and events. Even first time visitors to Negombo will quickly be enthralled by how fun and fascinating Negombo really can be. For those looking a glimpse of the real Sri Lanka, or just a fun night out, Negombo mixes old world charm with a modern and vibrant night life. Negombo is a leading resort on Sri Lanka's western coast, easily reached from Colombo and quite close to Bandaranaike International Airport. A thriving fishing community as well as a major seaside tourist resort, Negombo's proximity to the airport makes it a convenient starting or ending point on a tour of the island nation, but it's also a worthwhile destination in its own right.

PINNAWATA  /DAMBULLA /SIGIRIYA  OVERVIEW :
Visit Pinnawela Elephant Orphanage, where you can view the feeding of elephants, which takes place daily. The highlight of this event is to observe feeding of baby elephants using milk bottles (all the events can be photographed). After feeding of the elephants they will be taken by foot to nearby river for their daily bath.

Dambulla  Cave  Tempel  is a vast isolated rock mass where king Valagambhahu took refuge in the 01 st century B.C. He later turned the caves into a rock temple. The temple consists of a series of 5 caves containing many statues and painting including a 47 ft. long statue of the Buddha

Climb  Sigiriya  Rock  Fortress ,Built by King Kassapa in the 05th century A.D. The lion rock is a citadel of unusual beauty, rising 200 metres from the scrub jungle. The base of the rock is ringed by a moat and rampart and extensive gardens including the renowned water gardens. See the world famous frescoes of the “Heavenly maidens” of Sigiriya in a sheltered pocket of the rock. Also see the mirror wall and the lion stairway which leads to the summit.

KANDY  OVERVIEW :
Kandy, the Hill Capital was the last bastion of the Sinhala kings and is a charming city offering a living record of a magnificent past. Some say Kandy is the only other real 'coty' in Sri Lanka, other than Colombo. The easygoing capital capital of the hill contry has alot to offer - history, culture, forested hills and a touch of urban buzz. Kandy was also the capital of th last Sinhalese kingdom, which fell to the British in 1815 after defying the Portuguese and Dutch for three centuries. Town, and the countryside around it, is lush and green and there are many pleasant walks both from the town or further afield. The town centre, close of kandy's picturesue lake set in a bowl if hills, is a delightful jumble of old shops, antique and gemstones specialists, a bustling market and a good selection of hotels, guesthouses and restaurants. Kandy is a romantic city any time of the year, but in August, this ancient capital becomes the venue of one of the most legendary festivals in Asia, the Festival of the August Moon when thousands of people from all parts of the country and from foreign countries throng to the Hill Capital to witness the magnificent spectacle.

NUWARA ELIYA OVERVIEW:
Welcome to Nuwara Eliya, one of Sri Lanka most iconic travel destinations and home to an amazing array of sights, activities and events. Even first time visitors to Nuwara Eliya will quickly be enthralled by how fun and fascinating Nuwara Eliya really can be. For those looking a glimpse of the real Sri Lanka, or just a fun night out, Nuwara Eliya mixes old world charm with a modern and vibrant night life,

COLOMBO OVERVIEW:
Colombo, although no longer the political and administrative capital of Sri Lanka, is the country's economic centre. It is the island nation's largest city and its main port. Located on this small country's south-western coast, Colombo spreads out over the plains that border the sea, stretching along the coast for miles on its western side
AIRPORT: Sri Lanka has only one international airport, Bandaranaike International Airport (CMB) at Katunayake about 37 kms North of  the commercial capital of Colombo.

Sri Lanka a tiny island nation south of India in the Indian Ocean, is a rugged land of rainforest, diverse wildlife and endless beaches.

Be Social with us 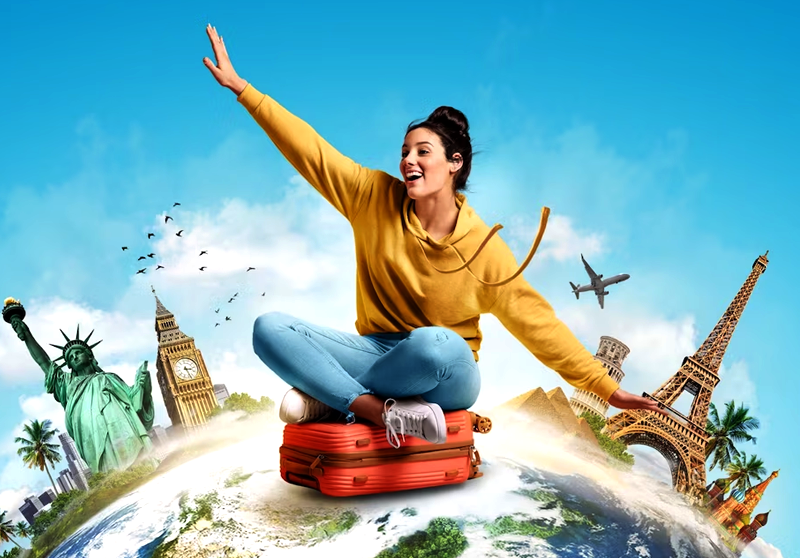